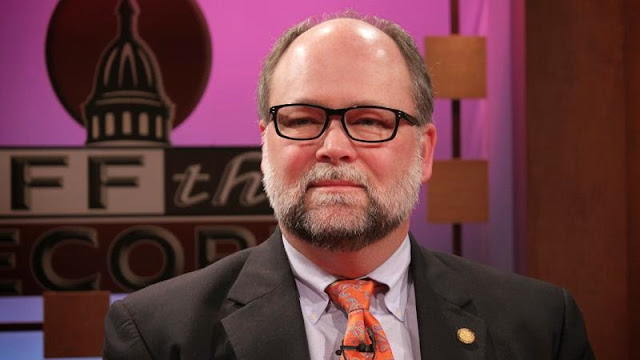 
The Michigan Republican establsihment has been desperately trying to improve their public relations in lieu of a recent Hillary-esque streak of crushing scandals.
From the Todd and Cindy's sexcapades to the rape of Democracy by changing the ballot rules in the middle of the process to the immense environmental calamity in Flint, the establishment is truly giving the Democrats a run for their money.

However, a chance for redemption recently emerged. A YUUUGE no-brainer was sitting the legislature and gave Republicans the perfect opportunity to save face. A binding resolution  was proposed last year by Rep. Jim Runestad (R-White Lake) that would have put the question on the ballot in November allowing voters to approve common sense language in the state Constitution that would give explicit privacy protections for electronic data and communications.

If HJRN was approved, voters could have amended the state Constitution to read as follows:
The person, houses, papers, and possessions, and electronic data and communications of every person shall be secure from unreasonable searches and seizures. No warrant to search any place or to seize any person or things or to access electronic data or communications shall issue without describing them, nor without probable cause, supported by oath or affirmation. The provisions of this section shall not be construed to bar from evidence in any criminal proceeding any narcotic drug, firearm, bomb, explosive or any other dangerous weapon, seized by a peace officer outside the curtilage of any dwelling house in this state.

This effort was an obvious slam dunk for Republican lawmakers. HJRN breezed through its House committee hearing, and was approved in the House by an overwhelming 107-1 vote. It had tremendous bipartisan support, and was all set to make headlines and generate a great deal of good publicity for Republican efforts. All that stood in its way was the will of one man: <B>Senate Majority Leader Arlan Meekhof. 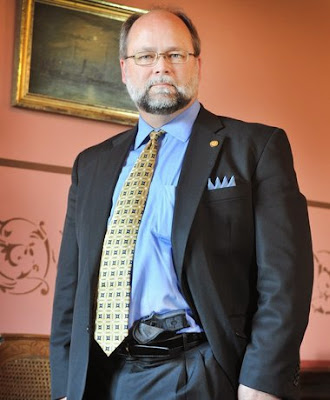 Regular readers of West Michigan Politics should be very familiar with Meekhof's despicable antics. Although it is fairly obvious that Meekhof doesn't give a damn about the rights of the people he is supposed to serve, it was hoped that Meekhof could see the big picture and understand the positive ramifications for his own political future within the GOP if he scheduled this measure for a vote in the Senate.

Of course, Meekhof's myopia and brazen disdain for the masses took precedence over all else. Meekhof ultimately lacked the courage to even put an issue to the voters. He was personally responsible for killing the bill, in spite of his obfuscatory behavior.

This article explains the shameful details behind Meekhof's latest betrayal:
"The Michigan house overwhelmingly approved HJRN in June by a 107-1 vote. But the measure ran into trouble in the Senate. The Sen. Mike Kowall moved to have the normal process suspended and place HJRN on general orders, meaning it could go straight to the Committee of the Whole (the entire Senate) for further consideration instead of going through a standing committee. But the process stalled from there.

According to activists in Michigan, Senate Majority Leader Sen. Arlan Meekhof didn’t want to bring the bill before the Committee of the Whole and essentially buried it. Activists say they launched a phone call and email blitz urging Meekhof bring the bill up to no avail. One activist said his office told her, “Meekhof has his attorneys looking at this bill to make sure that it is Constitutional – that they do not want to sign on a bill that is unconstitutional, so that is what he is doing for the people he represents.”

Far from experiencing a comeback, the Michigan Republican establishment is in a beleaguered, dismal state after the environmental catastrophe of the century was caused directly by the negligence of Gov. Rick Snyder. Whether partisan Republicans are willing to admit it or not, Snyder's dictatorial edict to enact the emergency manager program undemocratically against the will of the voters was the root cause of this easily-preventable disaster.

Thanks to Gov. Snyder, our state's shame is now a worldwide phenomenon. Conservatives always knew what an embarrassment he was, but he was able to gloss it over with his "Tough Nerd" propaganda. He bought off the liberals with Medicaid expansion and the Detroit bailout to get their votes while pissing in the faces of the conservative grassroots. Because so many rank-and-file Republicans held their noses and accepted his nonsense, the establishment has never been weaker our more reviled.

That is what happens when good men and women sell their principles down the river and accept the sorry excuses from mealy-mouthed politicians. They watch their freedoms go up-in-smoke. HJRN or a similar measure may be revived during a future legislative session. Hopefully, by that time, whoever is in leadership will actually have the courage to allow the people to decide.

>>>Shane Trejo is a conservative activist from Southeast Michigan 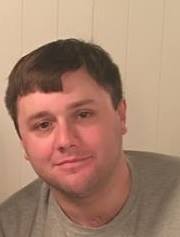 Posted by NerdWatch at 8:23 AM