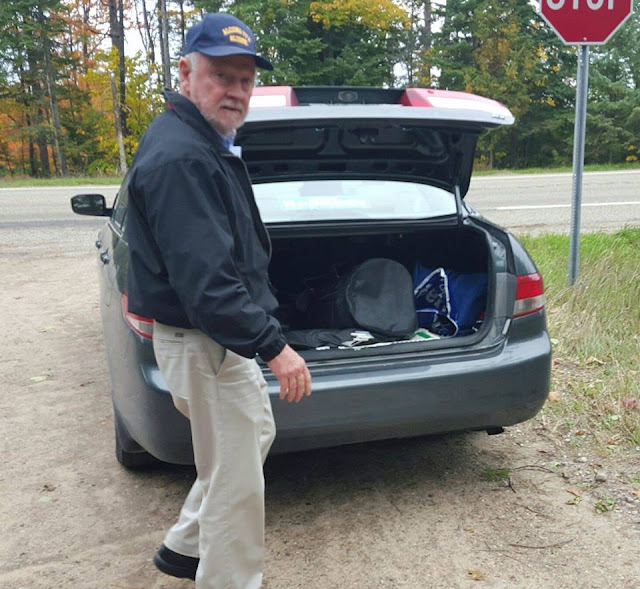 A Bergman sign is visible in the above picture, and Kennedy admitted to taking Allor signs...

According to local reports:

"In an official statement made to WBKB, Robert Kennedy apologized for his actions, but maintained that the signs were improperly placed.

“I apologize for my actions over the weekend in removing two political yard signs that did not belong to me. They were placed too close to the US–23 highway, but it was not my role to remove them. And for taking on that role I am sorry. Before the police contacted me, I had returned the sign to my opponent,” stated Kennedy.

Kennedy has been informed to not remove improperly placed campaign signs, and to report them to law enforcement first.

With just a few weeks until the election, local Republican leaders are questioning Kennedy’s judgment after the incident.

“It’s not petty politics, which we usually see right before an election day. I think what this shows is a sincere lack of judgment by Mr. Kennedy, somebody who is running to represent the people of the 106th district, and frankly I fear it’s a sign of how he would act as a state representative, and the people of Northeast Michigan deserve much better,” said First Congressional District Republican Committee Chairman Jesse Osmer."