Controversial Republican activist Dennis Lennox has been fired from the Mount Pleasant Morning Sun, allegedly for some sort of ethical issue according to multiple sources. Also noteworthy: the paper has deleted every single column Lennox has ever written for them over the years from their website... 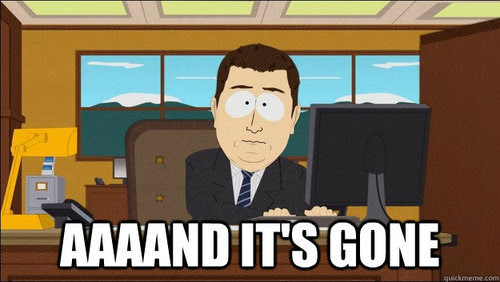 Many of  the columns are still available HERE on Lennox's personal website.

>>>Dennis The Menace: Why Is Lennox (And Others) Lying About A Closed Prmary? Who Benefits?


It is unclear if this has anything to do with Lennox  making false claims while attacking Senator Rand Paul and the prospect of modifying the Michigan GOP's primary system, all while neglecting to mention to Morning Sun readers he is (as it's rumored to be but unconfirmed) working with Saul Anuzis on behalf of Senator Ted Cruz. (THink Clintons/George Stephanopoulos)

Lennox falsely accused Paul of trying to "undermine" the process and not "playing by the rules" while trying to implement a "smoke filled back room" to replace the primary...

"So much for playing by the rules.

The presidential campaign of Sen. Rand Paul is doing whatever it takes to circumvent the well-established norms and rules of the Republican nomination process to help the junior senator from Kentucky.

At stake is Michigan’s impeccable record of fair and honest elections. Thousands of active-duty military personnel, senior citizens and college students who rely upon absentee voting would be disenfranchised from having a say if either of the Paul campaign’s alternatives — a smoke-filled backroom caucus, or a state Republican convention of about 1,900 delegates — is chosen to replace the primary.

Every other declared or all-but-declared GOP presidential candidate is fine with the primary election as set by state law for March 8 of next year.

Only Paul seeks to undermine the process, which allowed more than 900,000 Michiganians to have their say during the 2012 Republican primary."


It's MICHIGANDERS, not Michiganians! Ugh. Among other B.S. things against Rand in there...

Lennox has previously come under fire for, among other things, hacking the Wikipedia page of Ingham County Commissioner and well known Democrat political consultant Mark Grebner to say he was a "homosexual" and "child molester." Grebner successfully sued Lennox for the incident.

Brandon Hall is a lifelong political nerd from Grand Haven, and is the Managing Editor of West Michigan Politics.
>>>Email him at WestMiPolitics@Gmail.com

Posted by NerdWatch at 1:36 AM