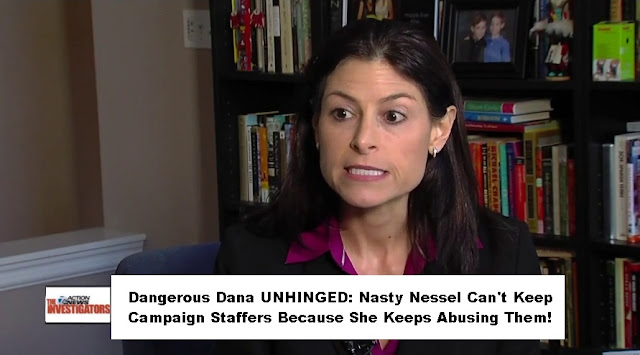 
If you work for Dana Nessel, she might not show you her penis, but after she's done verbally assaulting you, one damn well might wish she had.


Nessel, the most radical nominee for Michigan Attorney General in state history, is unable to keep campaign leadership on board because she is evidently extremely nasty to her staff.

Some Democrats, unable to support her opponent, Speaker of the House Tom Leonard, are even looking at Independent candidate Chris Graveline.

"Democratic Attorney General nominee Dana NESSEL and her fourth campaign manager, Max GLASS, parted ways Thursday, shortly before Nessel's sixth spokesperson, Brian STONE, was let go after being on the job 48 hours. The personnel moves means Alexandra "Alex" BORNGESSER, Nessel's third campaign manager who moved over into a COO-like role after Glass joined the campaign three weeks ago from the camp of former gubernatorial candidate Abdul EL-SAYED, is back in charge, at least in the interim...

At least 20 Democratic staffers have moved in and out of the Nessel campaign since she launched her bid 13 months ago, sources with direct knowledge of the campaign tell MIRS.

Abby DART, a former senior advisor for the Nessel campaign from Aug '17 to June and Democratic political hand more than 20 years, said "I've never seen anything like it before."  While two other sources with direct knowledge of the campaign used words like "chaotic," "toxic environment," "crazy" and "verbally abusive" to describe the Nessel outfit, Dart declined to go there. However, the veteran of both the Barack OBAMA and Bernie SANDERS campaign said that with any campaign there is a certain level of stress, particularly with a first-time candidate.  "I consider myself even-tempered and I approach my jobs with the expectation of being treated with respect and there were instances where I don't believe that was the case," Dart said.

Stone, who also has a 10-year background in public relations, Democratic politics and the U.S. Navy, said he had heard from friends that working with Nessel "might be rough" in what was described as a "toxic," "abusive" and "disrespectful" atmosphere. But having helped Nessel on other political matters, he said he thought it would be different.  "Instead of being able to help Dana, I had a rude awakening," Stone said. "I realized very quickly that I was in a horrible situation. Everyone was working in fear of contact with the candidate. People had all developed coping strategies for dealing with Dana."  Stone was let go within 48 hours of starting without getting into the specifics.

"It was absolute chaos. I've never seen a campaign like this," he said.  Stone, who is openly gay, said Leonard would be a "hostile attorney general who would probably attack my civil rights, much like (incumbent) Bill Schuette" which leaves him with the question:  "What do I do, knowing that I have to choose between saying nothing and helping an abusive person climb to power, or to speak up and possibly help a candidate who will use their political power to abuse my civil rights? It's a lose-lose, but all I have at the end of the day is my integrity.  "I admired Dana Nessel," he said. "I am still inspired by Dana Nessel's achievements. I wish her the best on this campaign, but she needs to fix her behavior. Nobody deserves to be mistreated or abused."

Leonard has had one campaign manager, Robbie RANKEY, and one spokesperson, Gideon D'ASSANDRO.  When presented with information, Rankey quipped, "Six spokespersons and four campaign managers? I wonder if she will put together another tally mark infographic for this."


Leonard, who held a press conference about the scandal on Monday, says the reports are "disturbing."“Over the weekend, disturbing reports surfaced about my opponent mistreating her campaign staff,” Leonard said in a statement.
“Her actions have caused many well-respected members of the law enforcement community to call into question her ability to enforce our laws in a fair, independent, and level-headed manner. I was joined by sheriffs and prosecutors from across the state today to discuss their concerns.”
Leonard says Michiganders deserve better than Nessel.
“We can’t have a ‘dangerous,’ a ‘chaotic,’ a ‘toxic,’ and an ‘abusive’ person in charge of law enforcement in our state,” Leonard said. “Michigan deserves, and needs, much better.” 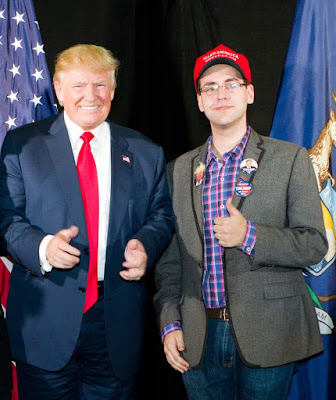