Todd Courser has no plans of resigning from office anytime soon. In fact, as the Michigan House prepares an investigation into what has become a global scandal, Courser is taking aim at two long time friends as well as Keith Allard.

In an audio file released early Monday morning, State Rep. Todd Courser blasts longtime allies Ben Graham and Josh Cline, as well as Allard, blaming them for the false flag email/affair scandal also entangling fellow legislator Cindy Gamrat, accusing his former staffers of spying on him and blackmailing since he took office in January. He says they were working with establishment forces to undermine his efforts as State Rep. He also says it is a "political hit" and that it is "vital for liberty" he "expose their control efforts."

The audio file, which runs for 26 minutes, was released by Courser early Monday morning. In it, Courser says that:

"there's more to the story than what is reported" and the email "doesn't fit his character, not his finest moment."

But "I did the email and here is why. I started receiving blackmail threats May 19 and the email was trying to disrupt the blackmail and threats they were making."

He says of the Detroit News "hit piece" that he "can't say the tape wasn't altered" as he had "no sleep or food for days." He was "buying time to see who was involved in the blackmail."

"Didn't know if it was coming from my own staff or somewhere outside."  He says the fake email scam led him to discover Graham was a blackmailer..."didn't want to believe it," Courser said.

"Nothing could have prepared me for the Lansing mafia...I understand Ben's motivations to further his own ventures politically and otherwise really it's the forces behind his actions that prompted him and those motivations are important."

Then he takes aim at Ben Graham and Josh Cline, saying they are political operatives who became staffers and he worked with them for almost ten years-"their departure hurt enormously."

"Necessary to meet my obligations as State Rep. They were political firemakers not suited for the 9-5 Lansing life," Courser says. "No experience or administrative ability...They showed up late, left early, or didn't show up at all."

"Ben stole my data prior to his departure. Ben and Josh were assisting the establishment all along to undermine me."

"Ben tried to scare a staffer into leaving and no longer working in the office."

Courser also claims "In the exit interview, Allard said he was working with the Speaker to monitor me for sometime."

"In the days following the May 19 situation it became clear Ben was in (on the blackmail) and so was Keith Allard.... Wasn't sure... about Josh Cline...Only later did we sort of round it out the 3 were working in unison in the operations to assist in the blackmailing... and disparaging of our efforts as State Representatives." He says they wanted to "expand their establishment aspirations" and had a "common establishment purpose"

Allard and Graham were "Fired because they were incompetent and couldn't do their jobs for the needs of the  district and constituents."

On resignation: "I could have resigned but that would have let my personal issues rule the day and would have been submitting to the establishment machine" He "told my wife and family because I knew everything would come pouring out" regarding the affair. He also says he's been working with his wife for months on marital issues and that he alone orchestrated the email issue. He also asks forgiveness of Cindy Gamrat's husband and family, as well as of his supporters.

Courser broke his media silence Sunday evening, telling WMP that "the truth will come out."

"The truth will come out in this case," Courser said. "Part of the truth came out Friday and now a bit more will come out."

>>>The Detroit News, aided by Graham with some fantastic reporting by Chad Livengood, describes the situation this way :

"State Rep. Todd Courser planned the distribution of a fictional email alleging he had sex with a male prostitute in a bid to conceal his relationship with Rep. Cindy Gamrat, according to audio recordings obtained by The Detroit News.

Courser, a Lapeer Republican, said on one recording the email was designed to create “a complete smear campaign” of exaggerated, false claims about him and Gamrat so a public revelation about the legislators’ relationship would seem “mild by comparison.”"


"After House aide Ben Graham rejected Courser’s May 19 request to take a sick day on May 20 and send the mass email to Republicans across Michigan, he says he had duties removed in subsequent weeks. By early July, Courser fired Graham and Gamrat ended the employment of her aide, Keith Allard — about a month after giving them both pay raises — without explanation.

During the May 19 meeting, Courser instructed Graham to send rank-and-file Republicans across Michigan what he called “an over-the-top story that’s obscene about me.” It was designed, Courser said on the recording, to “inoculate the herd” — an apparent reference to Courser and Gamrat’s followers in the tea party movement.

“It will make anything else that comes out after that — that isn’t a video — mundane, tame by comparison,” Courser, a married father of four, told Graham...

The mass email calls Gamrat “a tramp” and claims she “has covered” for Courser “and her involvement is the real reason she was thrown out” of the House Republican caucus in April.

“In a controlled burn, you do a little bit of truth mixed in with a lot of lies,” Courser explained to Graham.
At one point, a cellphone began ringing and Courser identified the caller as Gamrat. The recording picked up Courser’s end of the conversation.

“Ben and I are sitting here,” Courser said. “He’s trying to, trying to mentally process everything I just told him.”

During the meeting, Courser wonders aloud whether someone has pictures, video or audio recordings of him and Gamrat." 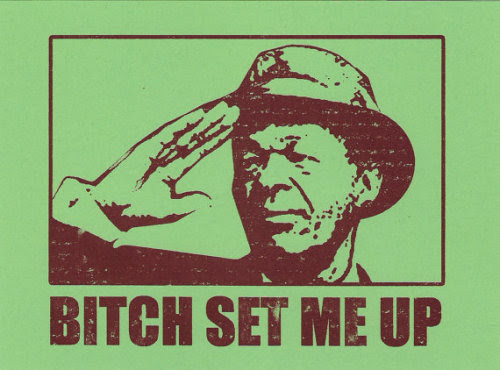 Courser And Gamrat Must Resign

Tea Partier who invented gay scandal about himself also smeared self as a child molester in flyer: blogger